How much time have you got?

Hear a lot about time don’t we? 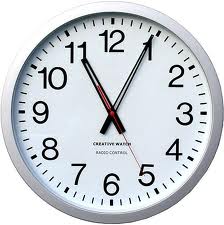 I was talking to a friend the other day who has recently bought an up-market European sports car. He doesn’t say how much he paid, but I can surmise it would by over $80,000. This is most irregular for this friend because is is very careful with his money preferring to live the quiet life. He also said how he and his girlfriend hop in the car (not the sports car) and drive to Sydney for the weekend and hang out there. He said there’s no time left. When he told me this I nearly fell off my chair because it was so out-of-character. It got me to ask what got this friend out of his stay-at-home fog?

A mutual friend died a couple of months ago. This friend found out he had cancer and 3 months later he was dead.

It’s quite a blunt message isn’t it?

No, we both know you’re not going to die. Well you will one day, but not yet. However, you’re likely to agree with me that sitting around doing nothing is as good as death. Think about how quickly the year is rocketing through. We’re racing through it aren’t we? Now stop and consider how much you got done last week and when I say ‘got done’ I mean ‘got done’ for YOU.

No more procrastinating. If you procrastinate, you need to take some action to kick-start yourself out of it. There is no time left and you have other things to do as well.

So get up, switch off that TV, out of that comfy chair, stop worrying about your work, children, partner and others who may judge you and go an do something.

Please note. Andrew no longer does his Bali retreats.

We have another video on Choice and Decision which goes hand in hand with time. It’s one video in our 21 Day Free Video Course

Self Esteem : I’m Not Good Enough