Strange Weird Things About Me and You 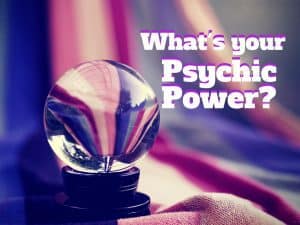 Some Strange weird things happen. A man visited me over 6 months ago. He was in a dark place, angry, denial, couldn’t cope, so he tried me. I gave him my ‘psychic thing’, plus a fair dose of tough love. He came to see me again a couple of days ago, different guy—loving life, still working hard—but accepted his relationship had ended. This guy rarely used his emotions and didn’t believe in all that ‘psychic crap’.

So, how would he, or anyone else,  ever explain the images, visions and messages he gets every day. The poor guy thought he was going nuts.

Here’s another strange weird things example. A few days ago I talked to a woman with a beautiful 20-year old daughter who regularly sees a psychiatrist and who medicates her for her mental problem. Modern science is amazing!

Except, the young woman has nothing wrong with her because she’s just ultra sensitive, that’s all. This young woman picks up energies from all over the place and, unfortunately for her, they’re not that pretty. This is because no one has ever explained them to her or what’s happening to her. Unfortunately, she’s locked in to the medication which numbs her so her motivation to do  anything was pushed out the door years ago.

Hidden behind both these people is a really strong psychic ability which has been repressed. Both have work to do and there’s no reason they can’t live fabulous lives in the future. Their psychic abilities are far beyond mine and I suspect I’m in the bottom percentile of ability while they are somewhere in the top percentile.

What we neglect to understand in the West is that the Universe is vast. We look at our lives as if it has limited scope and ability—it doesn’t. Think of it this way, look at the Melbourne Cricket Ground on AFL Grand Final football day. There are a 100,000 people there—say that represents the western understanding of consciousness. Now look outside the MCG, how big is the rest of the world—Australia, Southern Hemisphere, the whole world and outer space. It’s big, really big! Scientists, politicians, psychiatrists, doctors, engineers—all they’re concentrating on is the MCG. It’s a limited view of our consciousness and existence.

Open your mind, think beyond the walls of your home or work. It’s really big out there and you mind is really good at imagining and dreaming it all. Learn more here.

Ask yourself these questions……

Yep, you’re getting it…….guess what? It’s real, it’s your reality, it’s your world. Accept it and work on it.