I want to thank a bunch of amazing women, to me each is a wonder woman. I’m going to mention two although there are more. Both have seen me twice in the last two months—both were stressed, in pain and upset about their relationships; the second time I saw them, and one was only after two weeks, well, I’ve always believed miracles happen. That’s why I believe as well as being a wonder woman, they are each a miracle woman too.

The circumstances around each case is different, the results are not.

They different ages and backgrounds and neither wanted to let their partners go. However, what made them a wonder woman was that after they saw me they decided to do something.

You’re immediately going to think they confronted their partners, and took their respective partners off to counselling and mediation. You’d be wrong, they didn’t, because incredibly, neither even mentioned me or talked about their relationship challenges to their partners.

They acted and took action on themselves. Each made a decision………

So, where did I, as their psychic come in? 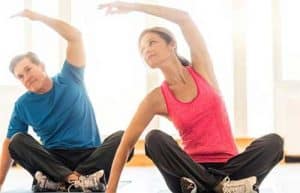 I’m in absolute awe of each of these women because, firstly, they accepted and went away with a couple of ‘how-to-win-their-lover’ tips. This was great for them. But the big thing that set them apart from others was in their ability to take action.I told them how to act in an empowered, loving, nurturing and feminine way. Admittedly, it was from my male perspective although that didn’t seem to matter, because they got the gist of what I was talking about.

Risk for our Wonder Woman

When you’re traveling along a particular route in your life and you want to change direction, there’s always going to be a certain risk. If it’s a big directional change, it’ll likely have a bigger risk associated with it.

Each wonder woman was willing to take a risk and this is why they, in my mind, became ‘miracle woman’ as well. Neither knew what the outcome of their decision to split from their respective partners would be like or how it looked. Neither had an image of what it would look like and they did it anyway. It worked was because they to took a risk.

Act as the successful, beautiful, stunning, nurturing, feminine woman that you are deep down. Embrace the feeling………

And within a couple of days, fantastic things begin to happen.

I don’t know if what these women have done is long term, it may last weeks, months or years. Only time and the Universe will determine that, they both admitted wholeheartedly that it was worth the effort.

Sounds too easy, doesn’t it?

Why you’re at it and have the time Check out these blogs…..

And even a blog about the Missionary Position in Sex which is a great read.

Have a fantastic time,

The Light at the End of The Tunnel May be a Train : The Journey