Hanging Squirrel : Being Consistent : Being Persistent 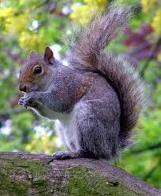 This story ‘feeling like a hanging squirrel‘ about being consistent and being persistent is now dated, it happened in 2011. The story was a running commentary with a client in the Middle East.

What bought it all back to me and made it current was a client here in Brisbane who read it and searched me out for a psychic reading. I’d love to tell her story, but I promised her I wouldn’t because she’s a very private person. Suffice to say, there is a similarity in the stories.

Andrew Andrew! When I saw this I thought ‘how does he know!!!’ hahaha.

I have had such drama, lost my job, trying so so hard to get another one, going to every interview, trying my hardest. S….. having a nightmare also, nearly had a nervous breakdown. We are in touch but haven’t seen him in ages. Am hoping to go home soon (ed: to UK) for a break and see him then. It is odd when bad things happen to me, they happen to him and when I feel low I find out he is the same. Get this, once I nearly sent him a text about how I was feeling like a hanging squirrel!

Then I didn’t send it as I thought he would think I was mad, only to open an email from him saying he was feeling like going off to be a hanging squirrel! I couldn’t believe my eyes. All in all a very stressful time but trying to get through it with as much positive thinking as I can muster, in between the odd crying fit of being homesick and very worried.

Really hope things are much much better with you!  I CANNOT believe you have been in Canberra 6 months. Hope the move is going great guns!

Hi Andrew, Thanks for your respone, good advice as always. Have you every thought of contacting The discovery channel? They often have really good programs about unusual stuff and I reckon what you are doing would be a nice feature for them? I really really do. I emailed you about this a while ago but I am not sure you ever got the email.

BTW I got an amazing new job, my DREAM job, yesterday – 3 hours after I went to the interview. They loved me and have offered for me to start immediately. I told S…… it is his turn next, good things will happen for him too. And I am seeing him next week in UK I am SO SO excited. Can’t wait to give him a hug and a kiss – and the rest!!! He is such a sweetheart.

Hi Andrew,  You’ll never guess what re jobs, I just got a counter offer – so now it is I who have to decide on which job I want!!!! WHO WOULD HAVE THOUGHT!! Take care. Well, that your Hanging Squirrel for you…. 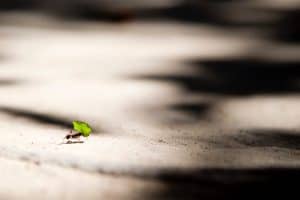 This woman had total belief in herself. She had to because she was living in the Middle East, she lost her job, but NOT her cool. She gave in to what the Universe has to offer.

Stuck in a Rut

This website uses cookies to improve your experience while you navigate through the website. Out of these, the cookies that are categorized as necessary are stored on your browser as they are essential for the working of basic functionalities of the website. We also use third-party cookies that help us analyze and understand how you use this website. These cookies will be stored in your browser only with your consent. You also have the option to opt-out of these cookies. But opting out of some of these cookies may affect your browsing experience.
Necessary Always Enabled

Any cookies that may not be particularly necessary for the website to function and is used specifically to collect user personal data via analytics, ads, other embedded contents are termed as non-necessary cookies. It is mandatory to procure user consent prior to running these cookies on your website.

You have Successfully Subscribed!

Never spam and easy opt out.