The other night a woman called me about divorcing her husband. She’s been married for years (32 years) has three children and in her words, “I can’t do it any more!“. She was worried because of the stories she had heard about divorce. The stories included how her children would cope and the long protracted stressful court case. On top of these she was particularly worried about her vows she had made to her husband. 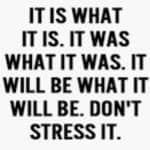 What she had started to do was ‘over-think’ the whole separation and divorce thing. Interestingly, as her psychic reading progressed, I didn’t think her separation or divorce was going to be that bad. If she went through with the proceedings it was likely things would be quite equitable. She did point out, however, that she was especially worried about how her middle teenage boy would cope. He found life quite difficult because he was quiet, withdrawn, a deep thinker, over sensitive, quite pessimistic about his life and openly gay). Apart from grappling with her ‘marriage vow’ issue, she also had strong “What will people think?” thoughts.

After we parted company and I was alone to think I began to question myself about the woman’s dilemmas. One question that arose was “How do we reconcile things like this?”. Then my answer was to ask another question which was to essentially to reconcile what we do is ask ourselves. That question is “Is this right for me?”.

The stressful aspect of this that we take on too much ‘stuff’ when we’re reconciling thoughts and decisions, when all we have to do is break it down to small bite-sized chunks.

All you need to do is think about yourself for a moment, especially if you’re having a decision making dilemma such as our princess above.

In her case all she had to ask herself was “What’s my deal breaker?”. So, here I’ve used my client’s example. On the other hand, we could be talking about any decision making process because I’m not necessarily talking relationship with significant other. You may need to decide whether you’re going to move house, get a new job or start a business. Perhaps for you it’s whether to go on that holiday, cease a friendship, save some money or even reducing your debt.

Each and every one of these decisions requires a break point or deal breaker, something that will make you ‘shift’.

As we all know, decision making can be simple such as shall I have a coffee or not or more complex, shall I change jobs. Neither of these decisions will require a deal breaker, but big decisions will. The big decisions like the woman above are quite difficult and can be very hard. Perhaps for you it’s “Will I quit this long term relationship?”

That’s why we break decision making down and that’s why we have a deal breaker. So, think about you when you make a decision, a minor decision is easy, you just do it. A big decision, that’s different……

We have another way of looking at decision making by reframing it into a choice. Check out the video.

Jump to a conclusion. Damaging? Always.

Who pays your Piper?

You have Successfully Subscribed!

Never spam and easy opt out.